Germany has for fifteen years loudly proclaimed its brave new green economy, based on wind turbines and solar panels. However, German power plants dumped 6 million tons more carbon dioxide (CO2) into the planet’s atmosphere in 2012 than in 2011. That 6-million-ton difference is enough to fill Rogers Centre, home of the mighty Toronto Blue Jays, more than two thousand times. In total, the CO2 that German power plants dumped into the air in 2012 is enough to fill Rogers Centre more than 116,000 times. This is almost exactly as I predicted—here, here, and here. 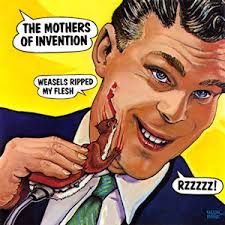 The weasel-words in the malware that sells Germany’s energiewende are ripping the flesh off the face of our planet.

In light of the climate change crisis gripping the world, this is remarkable. Germany has very publicly set about to reduce CO2 emissions, and shows no sign of deviating from its plan to do so, which is to build the biggest wind turbine fleet in Europe. But what is even more remarkable is that though Germany’s CO2-reduction plan is clearly and spectacularly failing, there are many people, including environmentalists and media observers, who warmly approve of Germany’s approach and demand more of the same. This is close to the definition of insanity—continuing with the same thing and expecting a different result. And because of the sheer size of the carbon, nitrogen, and sulfur garbage Germany is dumping into the global atmosphere, and its implications on the global climate, and the current world-wide human caused mass extinction of species—the greatest such calamity to afflict life on earth since the end-Cretaceous event 65 million years ago—touting this madness as success comes close to fraud.

Here’s a quick quiz: how many Germans, alive or dead, can Sigmar Gabriel name who have been adversely affected by the operation of a nuclear power plant? Answer: zero.

The Volkswagen software scandal, while serious, is nowhere near as serious or egregious as the power plant one. In that scandal, the German government is directly complicit. Unlike the VW scandal, which took a careful and painstaking investigation by the US EPA to uncover, the evidence of software fraud concerning power plant emissions—software fraud in the form of numerous websites trumpeting Germany’s shining example of the right path forward on climate change—is out in plain sight.

For an example of a website cheerleading the German “transformation” have a look here. You will be hard pressed to find a better example of weaseling through facts en route to portraying bad as good, down as up, night as day, and 2+2=3. The authors allege, for example, that the nulcear phaseout is not the reason Germany is now using more coal to make electricity. Instead, they say the reason is Germany is exporting coal-fired power. That’s just a small sample of the quality of argumentation.

Another is the use of the word “renewables” instead of wind and solar. This is not just a semantic irrelevancy. Germany cannot replace real power sources with wind and solar, and it knows it. This is why the German government admits, on its own cheerleading website, that most “renewables” are actually “biomass.” What is biomass? Wood. Biomass power is actually wood-fired power. Wood is less efficient and far dirtier even than coal. But because it is nevertheless far more efficient than wind and solar, it is what Germany is really basing its energiewende on.

And in spite of the over-representation of wood in the Germany’s “renewable energy transition,” Germany still uses more coal.

Hence the weasel-word “renewables” on the allegedly independent cheerleading site.

That’s what I mean by software fraud. Maybe we should just refer to it as malware.

Germany invented the energiewende precisely to fight carbon emissions. Carbon emissions are, predictably, way up. The article points out that the minister responsible for this nonsense, Sigmar Gabriel, now calls coal a bridge technology to the green future. Whiskey is a bridge to sobriety.

Here’s a quick quiz: how many Germans, alive or dead, can Sigmar Gabriel name who have been adversely affected by the operation of a nuclear power plant? Answer: zero. There isn’t a single one.

Gabriel isn’t the first German politician who has written science fiction into national policy. Nor is he the first to fanatically promulgate preposterous nonsense in the face of overwhelming facts that contradict him.

For the sake of the planet and all its inhabitants, human and non-human, I really hope he is the last.

← Book sales, iTunes, and a renewable energy-powered Internet: Leaping into the future, and over a cliff
New CANDUs in Argentina, Romania: ahead of the Paris climate talks, good news for the planet →
0 0 votes
Article Rating
Subscribe
Login
5 Comments
Oldest
Newest Most Voted
Inline Feedbacks
View all comments
Rod Adams

A number of Germans who visit Atomic Insights have corrected my impression that EnergieWende was focused on reducing CO2. They have told me in no uncertain terms that it was specifically designed to transition away from nuclear energy since Germany had already met its 2020 Kyoto Accord treaty obligations by taking credit for deindustrializing East Germany and getting rid of a number of ancient brown coal burning plants.

Gerhardt Schroeder, one of the architects of the political move to phase out nuclear energy, immediately went to work for Gazprom after he left office. His assignment was to complete the Nord Stream pipelines that by-pass all other countries to move gas directly from Russia to Germany via the Baltic Sea.

That was the real mission of the EnergieWende.

Rod, of course — the price of Greens support for the coalitions that have often been necessary to form government in Germany was letting them indulge their wildest energy fantasies. But the anti-coal part was all about CO2, and since it’s either nuclear or fossil I’m holding them to their word.

Given the utter failure of the Energiewende at its stated goal of CO2 reduction (and the failure of “ruinables” to do this world-wide save in a very few highly specific cases), we have to consider that the actual goal of the movement is actually something else.

It’s no real mystery that pursuing the present course of action is going to lead to a global industrial and civilizational collapse (Gail Tverberg thinks this will start in financials, but Russia weathered the collapse of the ruble).  Nuclear power plants are remarkably insensitive to details of fuel delivery, so they are uniquely suited to keeping hubs of industrial civilization going when everything else is falling apart.  People who want to see the world population reduced to a sustainable sub-1 billion (and don’t care what else gets destroyed along the way) probably see a collapse as (a) a perfect means to that end and (b) something they can actually accomplish… if something like nukes doesn’t frustrate them by preventing a total collapse and nucleating a resurgence.  Thus the push to kill them.

Steve, you need to account for methane emissions due to the increased use of natural gas. This more potent greenhouse gas will almost certainly make the German example worse. I wonder if methane is measured in Germany as it is done in Colorado. The increases in atmospheric methane measured there with the onset of fracking were quite bad. If I am not mistaken, it takes less than 5% leakage from gas field to gas power station to equal the forcing from an equal coal fired power station since methane is 80 times more potent as a greenhouse gas than carbon dioxide.

A few years back the Ontario Clean Air Alliance was promoting an information tour of Germany. I contacted them and asked why, when Ontario’s grid was several times cleaner. I received nothing more than unrealistic claims about the RE benefit. Reality is this was a anti-nuclear, pro natural gas group masquerading as concerned environmentalists.
I have a friend in Bavaria. She sent the following in response to our recent federal election results that sums up the reality….
” I sure hope Canada won’t be stupid enough to keep re-enforcing the “green” energy stuff. You wouldn’t believe how many corn fields we have around here now. Nothing else it seems. All for biofuel. I don’t think that’ll be the way to save the planet. And the pv panels are getting more all the time as well. At the same time, counties that would be part of the wind development keep making polls, asking people if they want turbines or not. I have not seen any county saying yes to turbines. Last result was 79% saying no, with 39% voting.”
That in a state with wind turbine setbacks of 10x total height , which is ~3x Ontario’s. Bavaria is actually quite comfortable with their nuclear and the provincial gov’t recognizes that the Energiewende plan leaves them with big transmission corridors providing coal fired electricity from the north along with the unpopular wind turbine, on a much cherished landscape. Not a bargain they seem fascinated with.