Dalton McGuinty, Ontario’s most recent former premier, might have in mid-2011 whispered a rueful warning to German Chancellor Angela Merkel about the political wisdom of green energy: “note the world values survey when it comes to paying money to help the environment.”

Such contradiction had not, by my close but admittedly not-so-scientific monitoring of media reporting and commentary regarding the economy-environment nexus, changed appreciably in the years since 2001.

McGuinty could have told anyone that in mid-2011, and perhaps would have told anyone had he not been fighting for his political survival, which required being hyper-mindful of what he said in public. He had led the Ontario Liberal Party since the late 1990s and served as provincial premier since 2003. There was a provincial election looming, in October. The Liberals sensed they were about to lose several critical, and previously safe, rural seats. This was because their 2009 Green Energy Act had forced wind turbines into these areas, over the ferocious objections of most of the locals.

Suddenly panicking, the Liberals rushed to save other seats they absolutely could not lose. One of them was in Mississauga, a Toronto suburb. The Liberals had tried to force another power plant into a Liberal-held riding in Mississauga, also over community objections, but abruptly and publicly cancelled that project on September 24 (the election was October 6).

And so the whole ear of Germany, and the world, was, by a forged process of an energy transition, rankly abused. Because the true answer to the question of what would replace nuclear once nuclear was phased out was—coal.

That move saved the Liberals from outright loss, but it could not save their majority in the legislature—and that spelled the end of McGuinty’s political career. Post-election outrage over the soon-discovered cost of the Mississauga plant cancellation, and an even more expensive cancellation that had occurred a year earlier with a gas plant planned for Oakville, in another Liberal riding also hot with community objection, prompted the opposition parties to force legislative hearings into the cancellations. Because they were now only a minority government, the Liberals did not have the numbers to quash these hearings. Reading the writing on the wall and knowing his own actions would come under microscrutiny in these hearings, McGuinty, a year after the election, resigned.

Green energy cost him his job, possibly his political legacy. 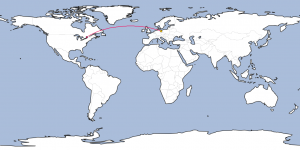 Meanwhile, six thousand kilometers away, Angela Merkel was also grappling with the realities of governing without a parliamentary majority, in the wake of an event that had occurred 10,000 kilometers away (8,000 kilometers away from Germany). That event was the Fukushima meltdowns, which happened when an earthquake raised a huge tsunami that wiped out the backup power at a Japanese nuclear plant. State elections in Germany the following May saw the Green Party, which had ridden silly media headlines about the Fukushima “disaster”1 for all they were worth, make stunning gains against Merkel’s own party. 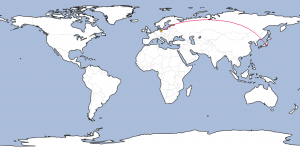 8,957 kilometers, to be precise, is the distance separating Berlin from the melted-down Fukushima reactors, which have produced zero casualtes, and, according to experts at the UN, likely will never produce any.

Merkel suddenly began worrying about her prospects for winning the 2013 general election. So, panicking like the McGuinty Liberals would be soon, and feeling that the public mood had shifted to Green-led anti-nukery, she announced she was rescinding her rescinding of her predecessor Gerhard Shroedger’s nuclear phasehout—which Schroeder, years earlier, had agreed to in order to win Green Party participation in his own governing coalition.2

Nuclear represented a significant portion of Germany’s electricity supply, so the question of what would replace it was not a trivial one. The answer given was—green energy.

And so the whole ear of Germany, and the world, was, by a forged process of an energy transition, rankly abused. Because the true answer was—coal.

To prove to that rankly abused ear that it wasn’t fooling around, Germany bit hard on the energiewende, a scheme just like the Ontario FIT program (which itself was modeled on, of all things, early go-rounds of the energiewende). Just like in Ontario, green energy drove the price of electricity through the roof: German households now pay the second-highest prices for electricity in the EU; only Danes, who also guzzled down the green kool-aid, pay higher prices.

Unlike Ontarians though, Germans did not even get clean electricity for their pain. Green energy sources like wind and solar are lamentably inefficient at producing electric power. Because of this, and because Germany is an ultra-advanced industrialized country, Germany turned (back) to coal to deliver the actual power. Hence German electricity remained and remains today as stubbornly carbon intensive as ever.

This is why today Angela Merkel is reaping the harvest of what she sowed in desperation after May 2011. Her efforts to build a coalition government that includes the Green Party have failed. The Greens demand something Merkel cannot give them: a phaseout of coal. To keep the Greens onside, she has played the green energy PR card for five years now and the energiewende is slowly but surely becoming recognized for the expensive phantasm that it is.

In early September 2011, I was part of a TVO pre-election debate. Watch the video below, and you will recognize the typical Green Party dogma, represented not just by Steve Dyck of the Greens but Peter Tabuns of the NDP (he is a former Greenpeacer).

But that was 2011, more than six years ago. Merkel’s Green interlocutors, with nearly a decade of failure and disaster under the bridge, say the same exact thing today.

It must be frustrating.

Dalton McGuinty at least left office with an impressively clean electricity system. This was because he had the luxury of not having to deal with people like the German Greens, and was able to de-coal Ontario electricity with nuclear, the only thing capable of doing that job.

But McGuinty paid the price, because of green energy which played a very little role in Ontario’s de-coalification but a major one in driving up the price of electricity. Wind and solar are as inefficient and expensive in Ontario as they are 6,000 kilometers away in Germany. Ontarians, who would have agreed with the first two 2001 World Values Survey statements I mentioned at the top, are as unhappy as Germans about paying too high a price for power. What advice would McGuinty give Merkel today?

Warning: file_put_contents(): Only 0 of 4305 bytes written, possibly out of free disk space in /home/cana7952/public_html/wordpress/wp-content/plugins/wpdiscuz/utils/class.WpdiscuzCache.php on line 148

Warning: file_put_contents(): Only 0 of 2948 bytes written, possibly out of free disk space in /home/cana7952/public_html/wordpress/wp-content/plugins/wpdiscuz/utils/class.WpdiscuzCache.php on line 148

My view is Ontario has at times been cursed by the energy ideology of both the left and right. Harris was driven by privatisation and mothballed the Bruce reactors in advance of dreams of selling off as much of On. Hydro capacity as possible. The NDP follows the fairy tale Greenpeace ideology that dooms Germany to things like removing the Hambach forest to expand coal mines… https://www.pri.org/stories/2017-11-15/germany-talks-good-game-climate-its-still-stuck-coal
The NDP now blame the Liberals for high electricity costs but if you read the early committee meetings on the GEA, Tabuns had no concern with potential costs of wind/solar, he only wanted to make sure NOTHING went to nuclear.
Oh how much better the world would be if we left electricity generation to the best engineers charged with creating clean, safe, low cost energy.

Yes, there’s room to blame all three parties. As an apostate dipper, I reserve special blame for the NDP: as you say, they only pretend to care about costs. It was they who put Strong in charge of Ontario Hydro. Strong killed Darlington B, which led directly to the re-coalifying of Ontario power, and which didn’t stop Rae’s successor Hampton from whining about coal while continuing to whine about nuclear and push for the “conservation and efficiency” that were supposed to help us not need Darlington B when in fact the only thing that could have helped us not need DB was Nanticoke, Lambton, Lakeview, etc.

Tabuns today, decades later, is still all about “conservation and efficiency.”