Ask an urban left winger about his or her view on energy policy and especially nuclear power, and it’s depressingly easy to predict the reply: nine times out of ten, he or she will support “renewable” energy and oppose nuclear. On what basis? These days, Fukushima will usually be mentioned. This is odd, given that Fukushima is little more than a media event which has, after 4,346 days of National Enquirer-esque hype, failed to produce even a single hospitalization. You’d think that people who fancy themselves as being savvy consumers of media would see through the breathless headlines. 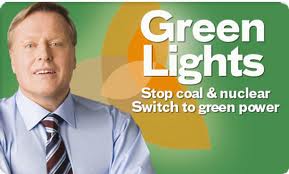 You’ll also get predictable replies on other issues of special interest to those on the political left. Here are five fairly standard left-wing policy positions:

In light of these fairly standard left wing policy positions, it is remarkable that so many lefties oppose nuclear energy. The above five issues are not independent of one another. It doesn’t take much delving into their implications before you start to notice the massive disconnect between leftwingers’ opposition to nuclear power and their positions on the above five issues.

For example, more public dollars supporting public housing means higher taxes, and—depending on taxation policy—less disposable income for everyone, including those on low incomes. (Ditto for public transit.) Less disposable income makes any increase in the price of an essential commodity, like electricity, that much more problematic. With record numbers of Canadians having to resort to the Food Bank for assistance, this is a real, and growing, issue.

In the case of public transit, which in the city of Toronto is highly electrified, expensive electricity simply means more expensive public transit. Add another financial burden to low-income earners.

In light of the above considerations, should electricity prices go up or down?

Ask this question to a group of left wingers, and you will get a variety of answers. In my own conversations with numerous leftists, I have received, remarkably, the answer “up.” Somehow, the cockamamie notion that expensive electricity is good has spread from the misanthropic green movement into the urban left-wing movement. How could a left-winger, who takes pride in being the conscience of the polity, consciously advocate for expensive electricity? It not only utterly contradicts the aims of the five policy-issue conglomerations mentioned above; it punishes the very class of people—those on low incomes—that the left wing purports to represent and care about.

It is equally remarkable that the same person will oppose nuclear power, on the basis of cost: he or she will now allege that it is too expensive. In Ontario, this is exactly how the official left-wing political party, the New Democratic Party (NDP), explains its opposition to nuclear. A week ago, John Spears of the Toronto Star noted in an article that NDP leader Andrea Horvath had omitted to explicitly mention her party’s stated opposition to nuclear in a speech to the Ontario Energy Association.

The NDP was quick to rebut Spears’s hypothesis that this signaled a change in the party’s nuclear policy. The rebuttal came in the form of a letter from party energy critic Peter Tabuns (former Greenpeace) who wrote:

Ontario families are still stuck paying the debt retirement charge from the last time the province built a nuclear plant at Darlington.

Well, Ontario families are also now saddled with FIT rates for wind and solar energy that are upwards of double the nuclear rate: the cheapest FIT wind rate is nearly 16 times the DRC. Wind and solar farms cannot run the grid by themselves; they are too unreliable. So they must be backed up with natural gas. That is also much more expensive than nuclear. As the NDP energy critic, it is a certainty that Tabuns knows that

You could drive a truck through the holes in NDP policy on electricity. As things stand today, that is no big deal: the party has since 1995 been in long third place in competitive Ontario politics. At no time in the most recent five general elections did anyone give the NDP the slightest whiff of a hope of forming government. So they could afford to say blatantly contradictory things: nobody noticed, and few voted for them.

But today is different. In the current atmosphere of prorogation, there are opportunities all over the place. A nimble party and leader could seize this opportunity and ride right into power. In 1990, the NDP was lucky, and former leader and premier Bob Rae explained the trainwreck that followed as the result of the party having been so long in opposition prior to the totally unexpected victory. That stint in chronic opposition led to poor discipline in formulating policy: there were no real consequences to advocating cockamamie ideas. Hence the party was ill prepared for power when it won in 1990.

Today the NDP is closer to power than it has been at any time since it was trounced in 1995. Its ideas about energy, especially about Ontario’s most important energy source, and energy prices, are as cockamamie as they ever were. Howard Hampton, who took over as leader when Rae resigned, brought the party back to the same old we’re-against-everything positions. The NDP lost official party status as a result.

Andrea Horvath has today the benefit of recent historical data about what policies work for her party. She also knows that the wind-gas electricity route has forced the current premier to step down. Will she successfully re-invent the party? Or will she repeat Bob Rae’s, Howard Hampton’s, and now Dalton McGuinty’s mistakes?

As usual an interesting read Steve. This clearly speaks to the issues I have raised recently about peoples’ fundamental belief systems and how difficult it is to change these beliefs. And yes, part of being left or an environmentalist is to be anti-nuclear. But some big names in the environmental movement are rethinking their positions. In the UK we see George Mondbiot and Mark Lynas taking strong pro-nuclear positions and having a real impact on public opinion. These guys are definitely outspoken and not easily swayed so we can assume they put a lot of thought into changing their positions. In the US, Stewart Brand has come out as a supporter and he explains it well. I strongly recommend his book Whole Earth Discipline. A good read. I commented on it in my blog two years ago linked here. http://bit.ly/bh1J9P We need more vocal support http://bit.ly/Smm14t

I am fairly left-wing, live in B.C., have voted NDP provincially and Liberal and NDP federally, and I am very pro-nuclear. Of course, that means nothing in B.C., which doesn’t have, and is unlikely to ever have, any nuclear facilities.

It is understandable that the NDP in Ontario reflects an anti-nuclear (though not rabidly so) position in their policy. They are a third party, and must try to be critical of the government, be populist and be democractic. Nuclear is unpopular with a large segment of the electorate, due largely to Fukushima. In a close election, anti-nuclear statements may be used by politicians to try to gain favour with those voters. Alison Redford badmouthed nuclear energy and AECL en-route to Alberta’s premier’s office. Horwath’s rhethoric on the subject is, so far, comparatively constrained. Nuclear advocates ought to appreciate that.

And, reading between lines of the NDP letter, linked to from the Toronto Star, I doubt you’d have trouble putting together a minority-NDP-government appointed expert panel that would recommend stasis for the near future (i.e., no new nuclear, continue running existing plants, and lowering growth of small-scale renewables by capping fit rates).

“Somehow, the cockamamie notion that expensive electricity is good has spread from the misanthropic green movement into the urban left-wing movement.”

Thank you for stating this so clearly and succinctly. We have the same problem in Austin, TX, except that the urban left-wing is running the city government and has been for many years. So, instead of purchasing part of the (since cancelled) South Texas Nuclear Project expansion in 2009 we are buying electricity from a solar array, and from a wood burning (wood burning!?!) plant, and of course, over-priced wind, and paying subsidies to those rich enough to put solar panels on their houses.

Electricity rates recently went up for the first time in 18 years, and by about 20%. Yet, the press here blames everything except the stampede to expensive “renewable” sources. It makes me wonder if I’m the only person in Austin who sees the insanity.

Austin paid a consultant to do a risk assessment of investing in the STNP expansion, and then rejected buying a share of STNP because the worst case cost overrun scenario had electricity priced a little under $.14/KWHr. Yet, every one of these “renewable” sources they’ve bought instead, are more expensive than that as the normal price. The STNP expansion at least had a *chance* of coming in at $.08/KWHr.

Sigh. Sorry for the venting. I just really liked your sentence. It so clearly describes the deluded philosophy deciding energy policy down here to the south and west of you. I’m glad the inmates aren’t running your asylum — at least not yet.

For me, the sole “rational” reason to oppose nuclear power really lies in philosophical hang-ups — and you can whip up dozens based from Hollywood Doomsdays to Hiroshima guilt to wild Luddite nightmares, but mostly based on sheer ignorance which anti-nuke pros gleefully sow and graze uncontested. You just can’t hammer nuclear energy on safety issues since with over -sixty- years of -worldwide- operation (even with varying standards of competence), the mortality scores of nuclear plants, _including_ worst case rare events like Fukushima and Chernobyl -combined- have killed less people than a Greyhound bus carries. Try that one on the mortality scoreboard marked up by oil and gas accidents that occasionally put whole communities away somewhere within that same period alone — forget their pre-nuclear stats and victims, and that doesn’t even include the routine every-day pollution and uncontainable waste and by-products of fossil fuels which have promoted far flung millions of cases of real-life — not speculations or fantasy– respiratory and skin aliments during literal centuries of use. For one to oppose nuclear energy based on health and environmental and safety grounds instantly makes you one fat public health concern hypocrite.